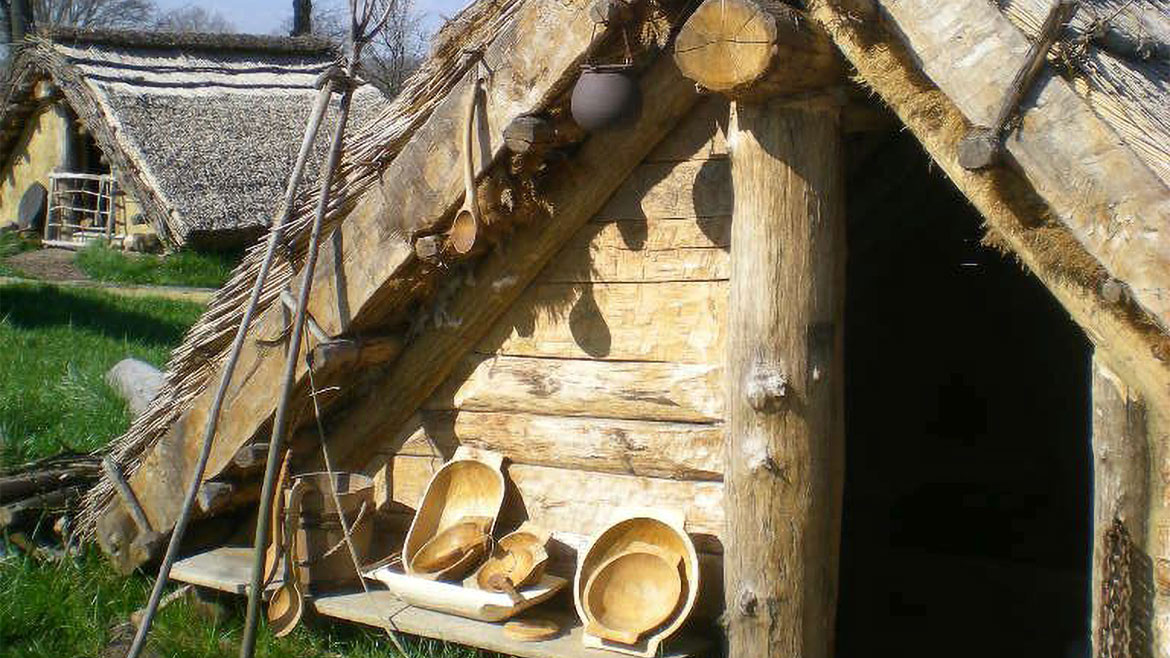 We invite you on a journey back in time to the Slavic Middle Ages. The open-air area is open from May to the end of October. Learn how the Slavs lived in the early Middle Ages in our “Stary Lud” open-air museum.

"Stary lud" is Sorbian and means "the old people" when translated. Along our timeline, you wander back into history and reach the reconstructed settlement section of the early Slavs of our region.

In the course of the migration of peoples from about the 7th century onwards, about 60 Slavic tribes migrated to the area between the Oder/Neisse, the Baltic Sea, the low mountain ranges and parts of present-day Bavaria, Lower Saxony and Schleswig-Holstein.  They settled in an almost empty area. In 631, the Surbi, a Slavic tribe between the Elbe and Mulde rivers, were mentioned for the first time.

Our settlement section includes five reconstructed Slavic pit houses. During archaeological excavations in the Spree floodplain, soil discolourations of pit houses from the Middle Ages were found in the dimensions of the largest pit house, our warrior house. A complete settlement in the Middle Ages included about ten to fifteen pit houses.

Many things were crafted, which means that in addition to farming, people spun, wove, dyed, made pottery, wove baskets and did woodwork themselves. Only the blacksmith was so specialised that he made the knives, spearheads, sickles and axes.

Not only grains such as wheat, rye, oats, emmer and spelt but also pulses such as peas and lentils were already used as food. In addition to cabbage, onions and cucumbers, apples, pears, plums and hazelnuts were also known.  Domestic animals such as cows, pigs, goats, sheep and poultry provided the meat. The milk from the animals was also used.  Only about 5% of the meat was obtained through hunting. The Slavs practised intensive forest beekeeping.

Often a sacrificial site for a deity was found near a settlement. The Slavs knew several gods and were only Christianised with the conquest.

From mid-May to the end of October, special guided tours of the early medieval settlement section take place in the Stary lud open-air area – a real encounter with the ancient people. 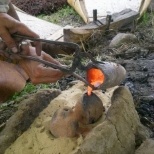 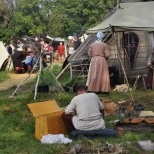 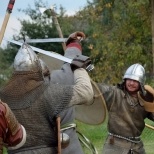 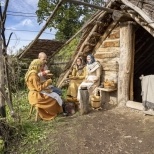 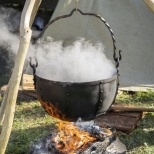 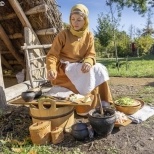 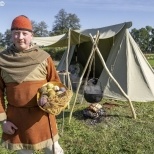 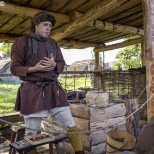 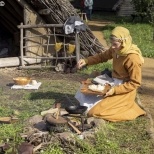 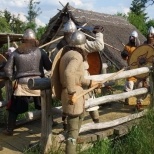 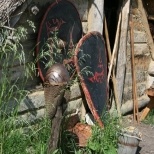